When I was developing Himabu, I would like to give the users full access to the service in many platforms as possible. As Himabu was already available in iOS and Android, I decided to create this in my free times as the company did not have enough resource to do it. Eventhough the company did not release the app to the public users, it worked pretty well internally and helped reduce a lot of customer support team effort when the team wants to chat with the users. 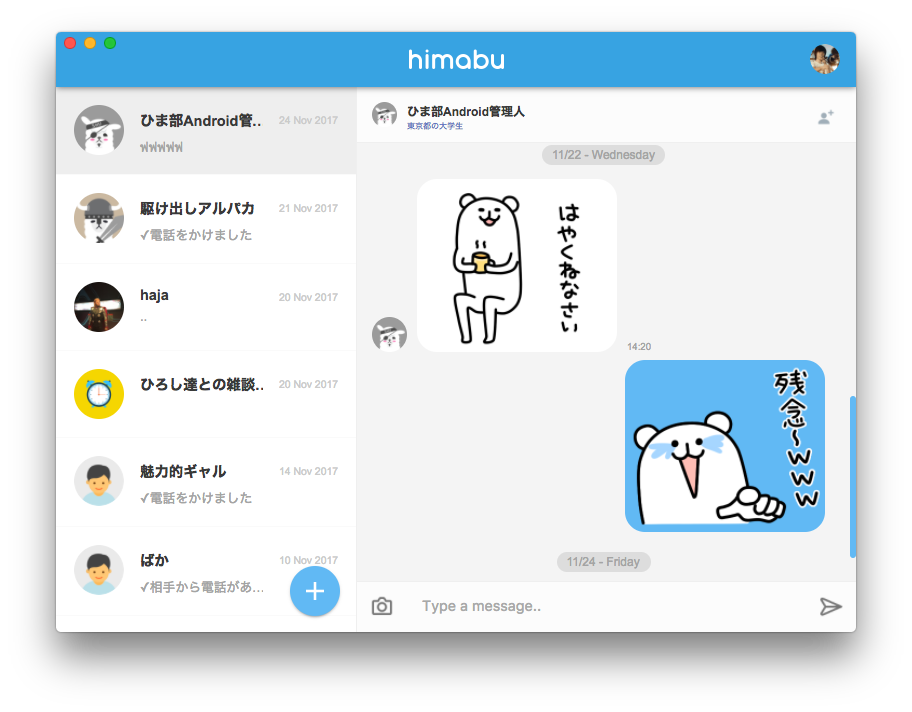 The app was built using Electron framework with ReactJS and RxJS. Thanks to Electron, the app can be used in Windows and Linux as well.